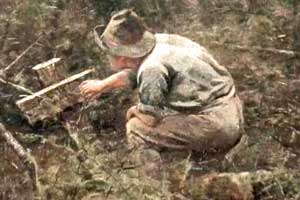 As far as the Bible is concerned, there is no such thing as a 'spirituality' that is disconnected from our material lives. Loving God and loving our neighbour go together, and this means we need to pay attention to the impact of our economic lives.

Believe it or not, the Bible actually has a lot to say about economics. (See Economics in the Bible for articles giving more in-depth discussion.)

From the foundational stories about Hebrew liberation from slavery (Exodus), to the detailed system of economic ethics laid down for the Promised Land (Exodus to Deuteronomy), to the powerful prophetic denunciations of systemic economic injustice (eg. Isaiah, Ezekiel, Amos, Micah), to the threatening teachings and stories of Jesus about money and its impact on us (Matthew, Mark and Luke), to the examples of economic community within the early Church (Acts, 2 Corinthians), to the final frightening unveiling of the true nature of a corrupt and exploitative world system (Revelation), a concern for our economic conduct has always been central to God's message to humanity.

Although expressed in many different ways, the economic themes of the Bible are consistent from beginning to end:

Manna Gum's mission is to promote a re-engagement with the inspiring economic vision of the Bible, to facilitate greater understanding about the nature and impact of the economy in which we live, and to encourage Christians to individually and communally begin to explore alternative and responsible ways of living.