Tools for a Sharing Economy 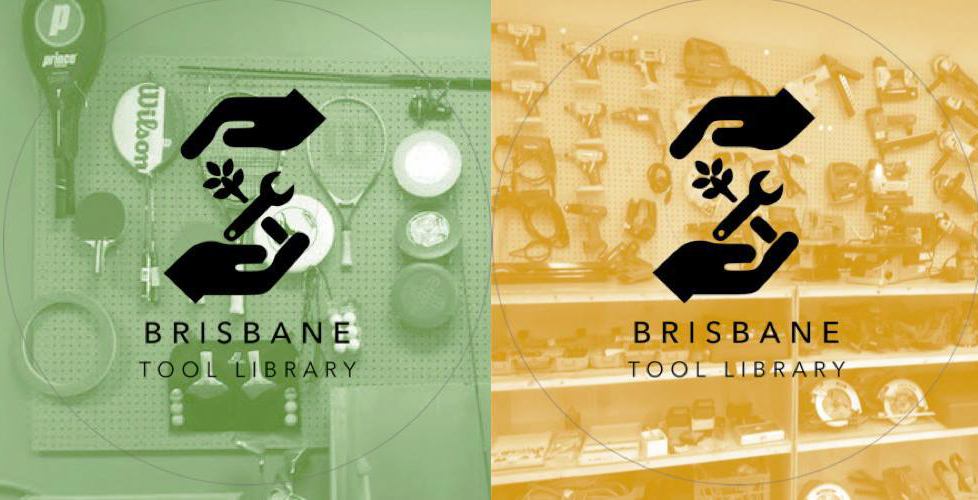 This year, I have started volunteering with a group setting up a tool library in inner-city Brisbane. While tool libraries are still pretty rare in Australia, they have been around for quite a while in other parts of the world. According to sharing economy expert Juliet Schor, tool libraries were first established several decades ago and their origins were in low income communities. The movement, though small, is now growing across the Western world. In Australia, there are operational tool libraries in Brunswick in Melbourne, the Blue Mountains in Sydney and Moorooka in Brisbane, with more on the way.

Tool libraries lend what we culturally think of as tools (hammers, drills, etc), but beyond that they can lend every possible piece of equipment you can think of – musical instruments, camping equipment, child-related items such as cots and strollers, crates of mugs, stacks of chairs, white boards, sewing machines – anything which is not a consumable and that people may only use sporadically or for a defined period. Tool libraries also often host other community building and education activities like repair cafes and practical skills training.

They are usually run as social enterprises. While they need heaps of volunteer labour to get them up and running, as well as funding and in-kind support, they aim to eventually employ paid staff and make surpluses that can be re-invested into inventory and wages, through revenue raised by library membership fees.

The rising interest in tool libraries connects with the gathering momentum of the sharing economy, which in turn is part of renewed and growing interest in alternative economics. Alternative economics describes initiatives that meet human needs in a way that challenges the dominant economic paradigm. Participants in this movement hold capitalism to account for its voracious appetite for natural resources, leading to ever-increasing resource depletion, pollution and waste. These initiatives also often address issues of growing economic and social inequality, which is a core dynamic of capitalism. Which brings me to the particular reasons I have chosen to volunteer for a tool library – because it combines intersectionality and a radical change agenda.

I am using intersectionality to describe initiatives that tackle more than one poverty-related problem at a time, as well as ensuring that tackling one problem doesn’t exacerbate another. An example of intersectionality is the introduction of clean-burning stoves in developing countries, which, if done well, can address health issues (the reduction of respiratory disease), environmental issues (reduction in the need for timber), livelihood (jobs in making and selling stoves) and household finances (less timber required means it is cheaper for households over the life of the stove). An initiative to avoid would be locking up a forest so that it can act as a carbon sink as a way to tackle climate change, but in so doing impoverishing forest communities who can no longer access forest products.

My attraction to the tool library concept is the potential for this intersectionality. Tool libraries can (though don’t always) combine sustainability objectives with justice objectives. The key sustainability objective of consumption and waste reduction is achieved through lowering the demand for new goods, ensuring items are fully used before they lose their utility and, finally, favouring resource recovery over disposing in landfill when items have come to the end of their life. Social and economic justice objectives can be achieved through offering affordable access to equipment and offering additional assistance to people on low income through concessionary membership fees - in essence a re-distribution from higher income members to lower income members. Tool libraries can also provide secure, meaningful, reasonably remunerated employment to people disadvantaged in the labour market. As the ‘gig economy’ spreads, the struggle for secure, worthwhile work engulfs previously privileged demographic groups such as university-educated young people. Hence tool libraries may have the capacity to address both the challenge of living within environmental limits and the challenge of providing help to people on low incomes.

I am also attracted to the radical equality agenda at the heart of tool libraries – not obvious from their rather benign sounding name – which upsets the values, culture and practices that fuel voracious consumer-capitalism. This agenda incorporates four key ideas: living with fewer possessions, redistributing wealth through rights of access, household-provisioning, and 'commoning'.

Fewer possessions: Tim Jackson, ecological economist and author of Prosperity Without Growth, argues that the constant production of novel products is attuned to the human desire for status and emulation. To maintain social position (not even getting ahead of our peers) we need to constantly purchase more possessions. Tool libraries undercut this formula of owning stuff = our social position. As stuff loses its power to signal social position, we nudge ever so minutely towards a society where people hold more equal social status.

Access over ownership: One of the catch-cries of the sharing economy is ‘access over ownership’. Access can be distributed far more widely and fairly than private ownership. Access to tools allows low income householders to circumvent the high costs of private ownership. Just like state-owned public assets such as book libraries, parks and pools can enable equality of access, extending this notion into new areas, as tool libraries do, can lead to greater economic equality through access.

Self-provisioning: We usually think that in our society goods and services are provisioned through market capitalism – i.e. exchange of money for goods. Kate Raworth, author of Doughnut Economics, reminds us that provisioning also occurs through the household, commoning and the state (I talk about commoning below). Tool library members who are income-poor have increased ability to provide for themselves using the library’s tools. Some tool libraries strengthen this capacity for household-provisioning though providing skills training, hosting repair cafes and co-locating with digital fabrication technologies like 3-d printing.

Commoning: We have a whole regime of private property rights to protect our possessions. In fact, one of the core tenets of capitalism is the right to private property. But a fixation on private property rights is, according to Robert Costanza, an ‘empty world vision’ and we should instead be rewriting this with a ‘full world vision’ of complex property rights which includes publicly owned property and the commons. The commons are resources collectively managed and accessed by the whole community. Thanks to the Noble Prize Winning efforts of Elinor Orestes, who has brought to light many examples of the astute management of various types of commons, the notion of the ‘tragedy of the commons’ has been comprehensively scuttled in recent years. Tool libraries can be understood as an example of commoning. This management encompasses collectively making decisions about inventory and loaning practices; sourcing donated items or purchasing high-quality, durable new items; using each item thoughtfully; maintaining and repairing an item to extend its useful life; and when its useful life is over, recovering materials from the item for the ‘circular economy’. Commoning reinforces the equal status of all members in co-operating for the collective good.

This is not to say that it is a given that tool libraries will advance a radical equality agenda. Who will be priced out of participation even with concessional library membership fees? How will barriers to tool library membership for people on low incomes be identified and addressed? What additional support will be given to marginalised people to participate in decision-making? Will there be a sensitivity to difference in the inventory ‘wish list’ of people on low incomes compared to other members? Will there be sufficient commitment and capacity to help people with significant needs to become paid tool library staff? Would large-scale tool libraries have sufficient largesse to provide secure employment with enough hours to move some people out of unemployment or the gig economy? Will surpluses be re-invested and will there be greater labour-intensiveness to allow tool libraries to create more, better and more meaningful jobs than the jobs that will be lost in the conventional retail sector because of the existence of tool libraries? Tool libraries must think through such questions if they are to realise the promise of greater fairness and equality.

Check out the Brisbane Tool Library.