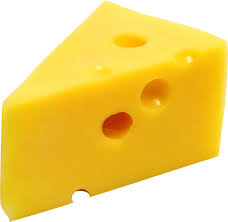 "Poets have been mysteriously silent on the subject of cheese."

My forthcoming work in five volumes, `The Neglect of Cheese in European Literature,’ is a work of such unprecedented and laborious detail that it is doubtful whether I shall live to finish it. Some overflowings from such a fountain of information may therefore be permitted to springle these pages. I cannot yet wholly explain the neglect to which I refer. Poets have been mysteriously silent on the subject of cheese. Virgil, if I remember right, refers to it several times, but with too much Roman restraint. He does not let himself go on cheese. The only other poet that I can think of just now who seems to have had some sensibility on the point was the nameless author of the nursery rhyme which says: `If all the trees were bread and cheese’ - which is indeed a rich and gigantic vision of the higher gluttony. If all the trees were bread and cheese there would be considerable deforestation in any part of England where I was living.

Except Virgil and this anonymous rhymer, I can recall no verse about cheese. Yet it has every quality which we require in an exalted poetry. It is a short, strong word; it rhymes to `breeze’ and `seas’ (an essential point). It is ancient - sometimes in the individual case, always in the type and custom. It is simple, being directly derived from milk, which is one of the ancestral drinks, not lightly to be corrupted with soda-water. You know, I hope (though I myself have only just thought of it), that the four rivers of Eden were milk, water, wine, and ale. Aerated waters only appeared after the Fall.

But cheese has another quality, which is also the very soul of song. Once in endeavouring to lecture in several places at once, I made an eccentric journey across England, a journey of so irregular and even illogical shape that it necessitated my having lunch on four successive days in four roadside inns in four different counties. In each inn they had nothing but bread and cheese; nor can I imagine why a man should want more than bread and cheese, if he can get enough of it. In each inn the cheese was good; and in each inn it was different. There was a noble Wensleydale cheese in Yorkshire, a Cheshire cheese in Cheshire, and so on. Now, it is just here that true poetic civilization differs from that paltry and mechanical civilization that holds us all in bondage. Bad customs are universal and rigid, like modern militarism. Good customs are universal and varied, like native chivalry and self-defence.

So it is with the contrast between the substances that vary and the substances that are the same wherever they penetrate. By a wise doom of heaven men were commanded to eat cheese, but not the same cheese. Being really universal it varies from valley to valley. But if, let us say, we compare cheese to soap (that vastly inferior substance), we shall see that soap tends more and more to be merely Smith’s Soap or Brown’s Soap, sent automatically all over the world. If the Red Indians have soap it is Smith’s Soap. If the Grand Lama has soap it is Brown’s Soap. There is nothing subtly and strangely Buddhist, nothing tenderly Tibetan, about his soap. I fancy the Grand Lama does not eat cheese, but if he does it is probably a local cheese, having some real relation to his life and outlook. Safety matches, tinned foods, patent medicines are sent all over the world; but they are not produced all over the world. Therefore there is in them a mere dead identity, never that soft play of variation which exists in things produced everywhere out of the soil, in the milk of the kine, or the fruits of the orchard. You can get a whisky and soda at every outpost of the Empire: that is why so many Empire builders go mad. But you are not tasting or touching any environment, as in the cider of Devonshire or the grapes of the Rhine. You are not approaching Nature in one of her myriad tints of mood, as in the holy act of eating cheese.

When I had done my pilgrimage in the four wayside public-houses I reached one of the great northern cities, and there I proceeded, with great rapidity and complete inconsistency, to a large and elaborate restaurant, where I knew I could get a great many things besides bread and cheese. I could get that also, however; or at least I expected to get it; but I was sharply reminded that I had entered Babylon, and left England behind. The waiter brought me cheese, indeed, but cheese cut up into contemptibly small pieces; and it is the awful fact that instead of Christian bread, he brought me biscuits. Biscuits - to one who had eaten the cheese of four great countrysides! Biscuits - to one who had proved anew for himself the sanctity of the ancient wedding between cheese and bread! I addressed the waiter in warm and moving terms. I asked him who he was that he should put asunder those whom Humanity had joined. I asked him if he did not feel, as an artist, that a solid but yielding substance like cheese went naturally with a solid, yielding substance like bread; to eat it off biscuits is like eating it off slates. I asked him if, when he said his prayers, he was so supercilious as to pray for his daily biscuits. He gave me generally to understand that he was only obeying a custom of Modern Society. I have therefore resolved to raise my voice, not against the waiter, but against Modern Society, for this huge and unparalleled modern wrong.