Talking about the weather 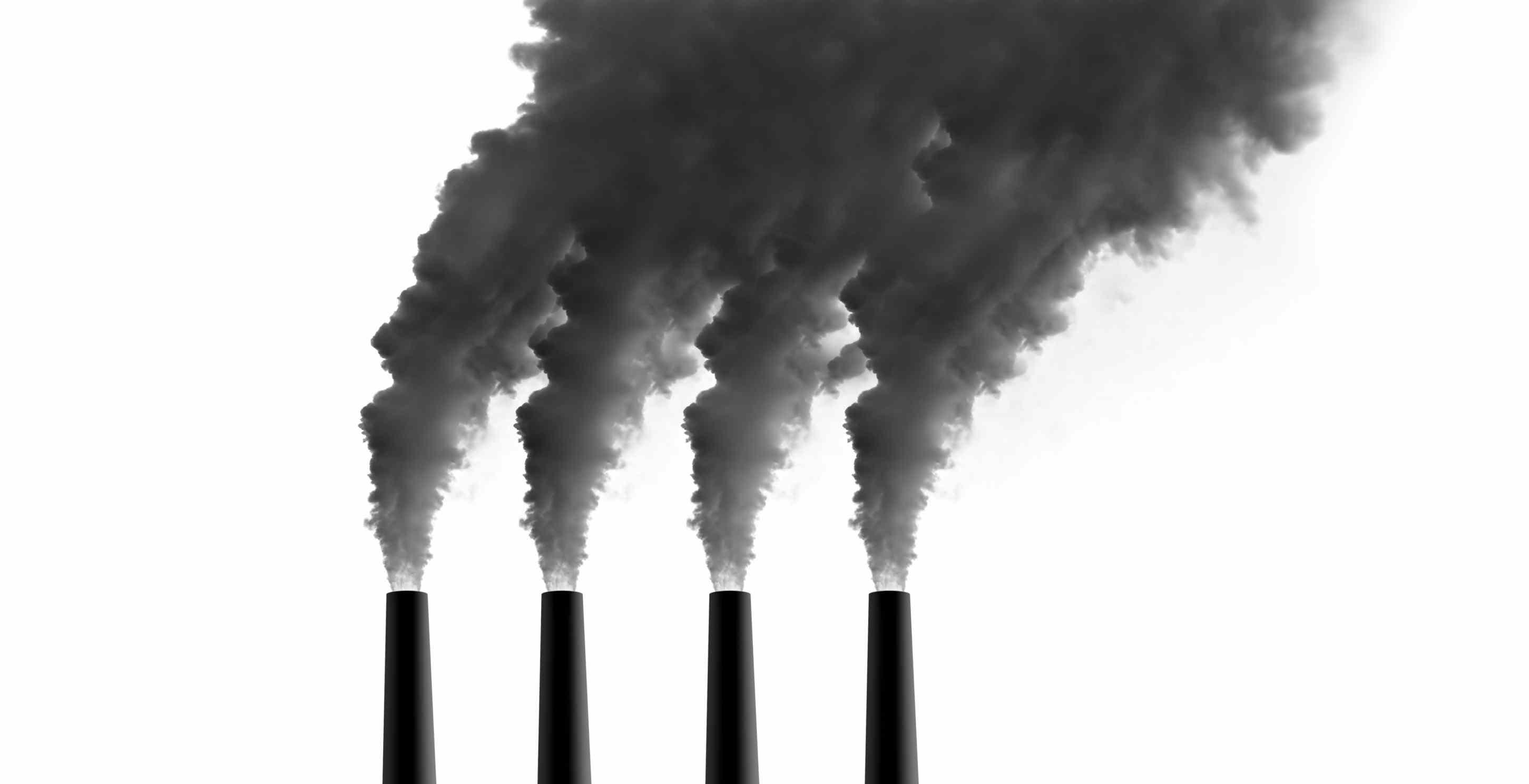 The meal we ate last night. The latest episode of Game of Thrones. How our kids are doing. What we’re growing in the garden. The book we’re reading. The latest political scandal. Whether or not we’re worried about the mole that’s appeared on our arm.

What we talk about gives us a pretty good window into what we, both as individuals and as communities and society, take seriously. What things are considered worthy of attention and conversation?  In choosing what (and what not) to talk about, there’s a complex and often unconscious process of selection that takes into account not only our own attitudes and beliefs, but also our feelings about what will be of interest to others, what will build affinity and strengthen relationships.

As social, communicative creatures, talking about something signals to others not only that it is a topic worthy of consideration, but also opens up avenues for action and collaboration, for change, which do not exist until we start to name them. ‘All talk, no action’ can be a real problem in many areas of life. Equally, though, it’s virtually impossible to take meaningful action without deep discussion and real conversations to motivate and direct our energy.

Where does climate change sit in this picture? Is the climate emergency that we can see clearly, but which somehow eludes our full recognition, something that we personally and socially consider worthy of attention and conversation?

The fact that human beings are conducting a reckless global-scale experiment on the atmosphere and oceans of the one planet we have is already the defining reality of our world. At just the 1°C of warming we experience today (from the pre-Industrial average), the Great Barrier Reef and other coral systems are dying, the world’s glaciers are melting, while more and more people all over the world are bearing the brunt of more frequent and more severe heatwaves, bushfires and droughts, floods and storms – all turbo-charged by the heat-trapping gases being pumped into the atmosphere.

And all current projections, even the best-case scenarios, indicate that these impacts will only increase in frequency and severity. Even if every country were to meet its Paris Agreement targets, which we are not on track to achieve, the world is still projected to warm by 3–4°C within the lifetimes of children born today, with likely catastrophic impacts. At these temperatures, large parts of the world would be rendered uninhabitable and major food-growing regions ruined by drought (like parts of Australia and the USA) or rising seas (such as Vietnam and Bangladesh), causing massive displacement of entire communities across every continent and even losses of entire countries in the case of some of our most vulnerable Pacific neighbours.

Four broad reasons have been put forward to explain why talking about, and taking action on, climate change has proved so difficult: the limitations of human psychology and reasoning, socially-organised denial, political tribalism and decades-long campaigns of deliberate misinformation and disempowerment. I suspect they all play their part, but it’s worth considering how each one works.

Dan Kahneman (Thinking Fast and Slow) and George Marshall (Don’t Even Think About It) have highlighted some of the ways human psychology and thought processes make it difficult for us to respond to climate change. It turns out that people are pretty good at responding to immediate, nearby threats with an obvious cause or agent. But we are less able to effectively evaluate and respond to risks or threats which seem distant in time or space, seem to affect others (but not us) and which have complex causes and/or no obvious ‘villain’.

Kari Norgaard (Living in Denial) has outlined ways in which entire societies organise what may be talked about and the ways larger social fears (around economic uncertainty or rapid social change, for example) shape what are acceptable topics for thought and conversation. People avoid difficult topics in order to protect a cherished identity (like nature-loving, good-hearted Australians), maintain a sense of control and agency and maintain shared cultural assumptions about what is true, what is good and what works.

Dan Kahan, one of the scholars of Yale Law School’s Cultural Cognition Project, has shown that people conform their beliefs about disputed matters of fact to fit with values that define their cultural and political identities. Because climate change has been made a matter of contention, an opinion about climate change is a way of indicating a person’s political and cultural identity. So people will often align their opinions with the beliefs that predominate in that person’s primary cultural communities (political affiliation, church group, etc.). Evidence suggests that higher education and scientific literacy doesn’t change people’s views on such topics – it merely provides an opportunity to do a better job of ‘confirming’ the views of one’s group, even if their group is wrong on matters of fact.

Authors like Naomi Oreskes (Merchants of Doubt) and Guy Pearse (High and Dry) have exposed how fossil fuel companies have used funding and promotion of supposedly objective studies, think tanks and civil society groups to spread doubt and misinformation about climate change in media and public discourse. They also highlight ways in which these companies have corrupted democratic decision-making and undermined the duty of governments to protect people and the environment in order to increase their profits and delay or diminish planned actions to address climate change. Australia, with a highly concentrated ownership of media and an outsized influence of the mining and fossil fuel industries in our national imagination and politics, has proved particularly vulnerable here.

Given these factors, and the polluted political and social environment that has been created around discussions of climate change, is it any wonder that we find it difficult to talk about? Or that conversations about climate change can be so frustrating and contentious?

Yet none of these factors in themselves determine our response and all of them can be overcome. We are people with many identities and our concerns and their priority shift over time and as we enter different life-stages.

For me, there are many signs of hope. The first is that the national conversation is moving into a new stage of public concern. According to Lowy Institute polling in 2018, 59% of Australians consider climate change a ‘serious problem’ on which we should take strong action. That’s a return to roughly the level of public concern expressed in 2008, before then Opposition leader, Tony Abbott, launched his divisive, scorched-earth political assault on climate policy-making in Australia. On the back of this rising concern, political independents (particularly Liberal-leaning ones) are being elected, largely on the basis of their commitment to press for action on climate change.

The global school strikes for climate action in 2018 and 2019 – which saw over a million students take to the streets world-wide, including thousands of students in dozens of rallies across Australia – have also strengthened a sense of urgency and made climate change a political priority and topic for discussion. Polarising they may have been, with many politicians and broadcasters lining up to lecture the students about the importance of staying in school. But that was largely the point – students contrasting their own concern and action to secure a better future against the increasingly discredited moralising of older people intent on preserving the status quo.

The best climate change conversations affirm and reinforce shared values, like caring for creation, or standing alongside our vulnerable neighbours, or ensuring that children have a cleaner, safer world to inherit. They draw on, and strengthen, the best aspects of our shared identities: Australians who love nature, parents who love our children, students with a passionate commitment to the future, Christians who stand with the poor and the marginalised, people who want a fairer economy and society. They are honest and open and direct, drawing on our own concerns and fears, hopes and dreams. And they are action-oriented, aimed not merely sharing information or overcoming disagreement, but at generating shared commitments to action and change that can match the scale of the climate emergency we are in.

We need to be strategic and thoughtful about who we talk to and how we talk to them. We often think of climate conversations as confrontations between a passionate activist and an equally passionate denier. Parts of our national conversation, including flagship programs such as the ABC’s Q&A and even the performance of our Parliament, reinforce this dispiriting and demoralising view. However, despite the heat and noise these disputes generate, they are generally a waste of time and energy.

With our most supportive friends and colleagues, we should be discussing and doing the most significant and ambitious things we are willing and able to do – whether it’s meeting a politician, contributing to a campaign, calling our banks to divest from fossil fuels or blockading a coal mine. For those who might be supportive but not terribly active, our conversations should raise the level of concern about our climate emergency and increase our willingness to act, posing opportunities to get hands-on in concrete and personally meaningful ways – invitations to an event, a rally, a meeting, having a discussion about how you will vote.

For friends and neighbours who are unsupportive, or unconvinced, often the best we can hope for is to challenge ways that their passivity might conflict with identities and values they cherish and offer small opportunities towards being less passive or less oppositional. But don’t spend too much time and energy. Q&A is already broadcast Australia-wide once a week. You don’t need to replicate it yourself at morning tea, or the pub, or the dining table.

For Christians, there is also theological work to be done to better ground our climate conversations. Views of God’s sovereignty that encourage passivity or quiescence need to be challenged. God, in His sovereignty, has blessed and bestowed on human beings a role and a responsibility to be His image-bearers in the world, exercising tender care and rule over creation. We should not be surprised when, first, human beings live up to that God-given mandate and, second, our fallibility and fallenness mean that some have misused and abused that role and responsibility.

We will need to challenge our society’s dominant stories of wealth and development. The story of our 150-year binge to dig up and burn as much coal, oil and gas as we possibly can is not merely a story of economic transformation and human power. It is, like the story of Adam and Eve’s temptation in the Garden, or like the story of an alcoholic who can’t tell when enough is enough, a story of refusing to live within limits and the consequences that flow from that.

We will need to adjust our often naïve theological endorsement of business and politics as usual. Mining companies and the media and political interests that support them have not been servants of the people, nor have they promoted the common good, as God commands all rulers and authorities to do. Rather, they have become the ‘destroyers of the Earth’ whom God has promised to destroy.

In a disrupted climate, we will need to think again about what it is to be the church – the global body of Christ – which is always and everywhere called to ‘love our neighbour’, especially the most vulnerable people and communities who are being hit first and worst by the impacts of climate change. As we talk and act together, alongside all people of goodwill, against the forces that harm people and God’s creation and in order to preserve a safe climate, we bear witness to our hope that God is ‘making all things new’ and that God’s kingdom of grace and peace overturns all earthly powers and shatters the idol of greed which harms so many.

We will need, in short, a little more conversation which leads to a lot more action.