The economy of enough in the Bible 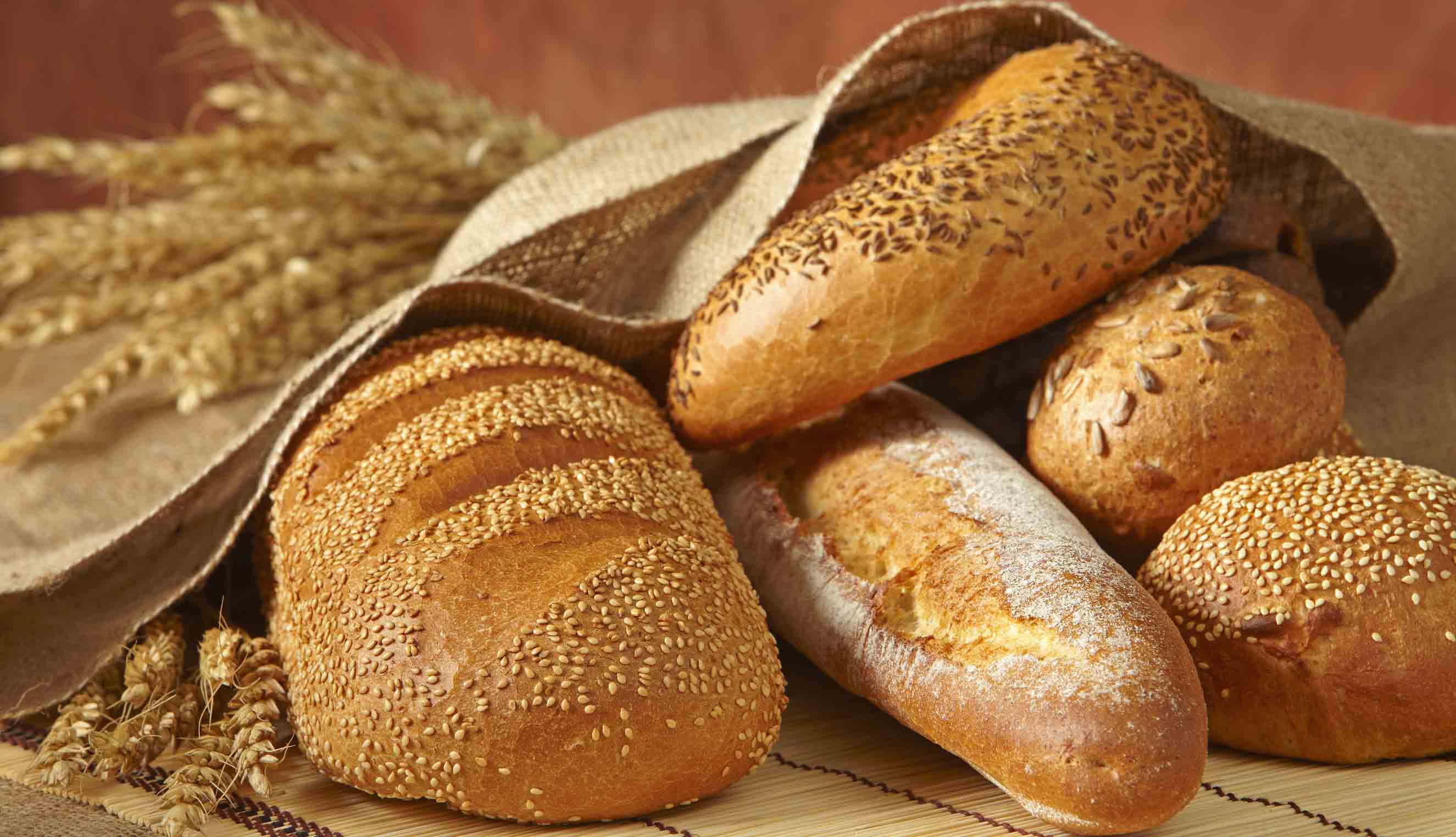 How much money do you need to be happy? The answer is: about 20% more than you currently earn. At least, that is what people think will make them happy. Research in the US has shown that people think that with an extra 20% in their pockets they could finally be content. The strange thing is, it doesn’t matter how much money you are earning now – whether $40,000 or $200,000 – the answer is pretty much the same: 20% more, please. In Australia, surveys in 2002 found that 62% of people feel that they do not have enough money for ‘everything they really need’. Really? Not enough for what we need? How much is enough?

It is hard to think of a more pressing question for humanity than this. The issues of climate change, resource depletion, species extinction, poverty in the ‘two-thirds world’, and social disintegration in the affluent world, all hinge on this question.

Like some mythic Greek tragedy, our insatiable desire for more is driving us to devour ourselves. According to the World Wildlife Fund’s Living Planet Report, our consumption of the earth’s resources began to exceed the planet’s biocapacity – that is the planet’s ability to renew its resources each year – somewhere in the mid-1970s. Since then, the world population has increased by about 3 billion people, and at the same time, the rate of consumption – that is, the amount of the earth’s resources that each person uses – has also increased dramatically, nowhere more so than in the West. If everyone in the world lived like the average Australian does now, we would need between four to six planets to support us. Something has to give.

The problem is, it does not look like we are the ones who are going to give. There is now a growing mountain of research – such as cited above – that shows just how intractable is our inability to be satisfied with what we have. So despite the fact that real incomes in Australia have trebled since the 1950s, the average Australian actually feels less financially satisfied than their grandparents did. Moreover, despite being wealthier than ever before and having more access to the earth’s resources than was ever before imagined, there has been no appreciable gain in happiness in Australia since the end of the second world war. This trend is mirrored with eerie exactness across the developed world, irrespective of culture. Whatever our problem is, it is clear that it is rooted deep in the human condition.

It is at this point that the Biblical story breaks in on the epic human tragedy. Into a world in which people are enslaved to the great idol of more, the Bible recounts the story of how God, ‘like the dawn breaking from on high’, intervenes to offer a new possibility: the possibility of salvation in this world and the next. And at the centre of the Bible’s salvation hope for humanity is the simple idea of enough.

We cannot properly engage what the Bible has to say about ‘enough’ until we first come to grips with what it says about its opposite – greed. It is common knowledge that the Bible has strong, and often disturbing, things to say about greed: ‘Where your treasure is, there your heart will be also’; ‘No one can serve two masters … You cannot serve God and wealth’. From the books of the Law, to the proverbs and psalms, the prophets, the gospels, the letters of Paul to the Revelation of John, there is a consistent understanding that greed is a primal destructive force at the heart of humanity. Nevertheless, on the whole, the church in recent centuries has done a pretty good job of trivialising this major current of the Biblical message. Mostly, we do this by categorising greed as an extremity of the human condition, something that applies to the Gina Rhineharts and Rupert Murdochs of the world, but not to us. No one thinks of themselves as greedy.

However, the Bible has a far more democratic view – it sees greed not merely as obscene excess, but as a subtle and widespread force that rears its head in all sorts of different ways. In a little considered passage in Luke’s gospel, Jesus is approached by a man with an appeal that, by our standards, would be viewed as an appeal for justice: “Teacher, tell my brother to divide the inheritance with me.” (Lk 12:13). Surely the one who has come to proclaim God’s jubilee (Lk 4:19) will bring a fair resolution? However, Jesus pointedly refuses to enter into the dispute, and his response is telling: “Be on your guard against all kinds of greed” (Lk 12:15). Greed comes in many guises: what we would call our ‘rights’, Jesus here defines as greed. Jesus recognises that there can be no real shalom while people are intent on claiming what they consider to be ‘rightfully theirs’, and sees real restoration as only possible when people can give up the claim to their rights, with its emphasis on a right as something that is individually possessed, for a bigger view of what is right, which includes a concern for the good of the other. When framed in this light, we can see more clearly that greed is a force that acts on all of us.

It is to humans in this condition that the Bible presents its first great archetypal salvation story – the liberation of the Israelites from Egypt. Here we find that Hebrews had been enslaved to Pharaoh’s greed, building his great store cities to amass his wealth, and building a civilisation that represented at once a monument to human progress and to human oppression. However, once the Israelites are taken through the Red Sea and beyond Pharaoh’s power, we discover that their enslavement had not been just political and economic, but a spiritual enslavement as well. For once they are confronted with the perceived scarcity of the wilderness, they cannot imagine any other possibility than returning to the secure slavery of Egypt: ‘there we sat by the fleshpots and ate our fill of bread’ (Ex 16:3).

But God offers a new possibility that takes the form of a new economy. In the place of the fleshpots of Egypt they are offered bread from heaven, a food that is abundant and graced to them without productive effort – a perfect metaphor for the biosphere that sustains us. However, the manna economy comes with clear rules that define it as the very opposite of the Egyptian system. The first is that people are only to ‘gather enough for that day’ (Ex 16:4). The manna system worked to ensure that none had too little, but also to ensure that none had too much! (Ex 16:17-18)

The fundamental concern of the manna economy is holiness, or to put it another way, fullness of health. God’s purposes in calling this marginal people was to form a community whose life reflected the life and wholeness of God, and provided a model for humanity of right relationship – ‘You shall be holy, for I the Lord your God am holy’ (Lev 19:2). Deuteronomy 8 makes clear that the Israelites had to spend forty years in the wilderness living by this system of ‘enough’ and unlearning the system of Egypt, before they could enter into the Promised Land, the land flowing with milk and honey, the land of good health. The proclivity towards too much is a poison to human community and even to the land itself, and it could have no place in the Promised Land. The beautiful and intricate instructions of the Torah found in Exodus, Leviticus, Numbers and Deuteronomy – covering subjects of debt remission, land restoration, collateral, gleaning, land use, reaping and sowing, treatment of animals and much more – go on to paint a vision of a community whose everyday practice is structured to ensure that none have too little and none have too much.

The idea of learning to live in the contentment, the gratitude and the wholeness of enough echoes in different ways through the rest of the Bible, in too many ways to recount here. However, its most important expression is perhaps the most overlooked.

When Jesus taught his disciples to pray (Matt 6:9-13, Lk 11:2-4) he placed the idea of enough at the centre of this prayer. The importance of the Lord’s Prayer has been vastly under-recognised, for it is not intended as merely some liturgical form of words, relegated to be droned out in Christian gatherings; rather, it is a model of the things we should pray about, the very substance of our dialogue with God. So we should take special notice that immediately after Jesus instructs us to pray that ‘Your kingdom come, your will be done on earth as it is in heaven’, he then instructs us to pray ‘Give us this day our daily bread’.
The implications of this are huge. At its most basic level it tells us that our economic affairs are rightly a subject of importance to God, and that they are directly related to the subject of God’s kingdom and his will. More than that, with this one line Jesus invokes the manna economy, with all its meaning, and places it at the heart of our conversation with God. It confirms that the existence of too little should rightly be the subject of our pleas to God – no Christian needed to be told that – however, it also makes equally clear that the subject of too much is on the table in our relationship with God. At the heart of our life with God we are called to orient ourselves to His economy of enough – to all the grace, gratitude, and wholeness that it embodies – and to pray for it and work for it in the world.

God’s economy begins with simple gratitude and contentment with what we have, such as that expressed by the Apostle Paul:

It is precisely this contentment and gratitude that is missing in our culture.

So how much is enough? I would not presume to try to answer this question for anyone, however, when addressing an Australian audience I think can safely say that we could probably all do with a bit less. More than that, I am convinced that renewal of the church in Australia is dependent on Christians rejecting the idol of more and actively choosing less. On this choice hinges no less than our own health and wellness, our ability to comprehend the gospel of Christ, the deepening of Christian community life, the integrity of our calls for justice and care for creation, and the basis of our evangelical witness in the world. Of course, making such a choice would be entirely counter-cultural, would be seen as unnatural in the broader culture, and viewed as something like taking up a cross … which is a clue that it might just be the way of Jesus.

My hope is that this generation of Christians will be the one to finally make a break with the economy of too much and to begin to explore the practical ways and habits of living with less. I do not believe that it is a work that can be accomplished in a generation, and our children will have to take it up and improve on our shortcomings, but we must begin it now. As Paul writes: ‘See, now is the acceptable time; now is the day of salvation!’ (2 Cor 6:2).